“What these women bring to the table is a finely tuned sense of democracy, style, purpose, and full intent to swing. Their equality and balance is in evidence right off the bat.”

FIVE PLAY, the sister group of the world-renowned DIVA Jazz Orchestra, was formed in 1999. The quintet is comprised of DIVA's rhythm section and two of its foremost soloists.

FIVE PLAY is rooted in the jazz tradition and is fueled and inspired by the members’ collective, creative vision to swing through the twenty-first century. The quintet’s repertoire is comprised of innovative arrangements of classic and contemporary standards, as well as original music composed and arranged by band members. The group’s library was conceived to highlight the distinctive styles of each individual and to create a unique, exciting and powerful ensemble sound.

FIVE PLAY has performed at many of the world's most prestigious concert halls, music festivals and jazz clubs. From Carnegie Hall to the Kennedy Center and major festivals in Israel, Japan, France, Germany, Spain, Ireland and Portugal, the quintet never fails swing their listeners into happiness. In 2013 the group did an extensive State Department tour of Vietnam. They were the only American band that had ever performed in three of the country's major cities.  In 2004 the quintet was recognized in Downbeat Magazine’s Annual Readers’ Poll as one of the best small groups of the year. In 1999 their inaugural CD On the Brink was voted best CD of the year by jazz journalist icon Nat Hentoff. From Carnegie Hall, she performs with The New York Pops and from celebrated stages everywhere, she is music director and drummer for Broadway star Maurice Hines. Sherrie is also a busy freelance performer and a published composer/arranger.

Sherrie has received several awards and honors which include a 2014 Ovation award for “Best Music Direction” in Tappin Through Life; the 2009 Mary Lou Williams-Kennedy Center Lifetime Achievement Award, a 2013 State Department grant for FIVE PLAY to tour Vietnam, a tour grant from Arts International, The Kennedy Center Alliance Award for Outstanding Achievements in the Arts, a grant from Meet the Composer, a Doctoral Fellowship from New York University, the New York City Music Educator’s Award for Outstanding Contributions to Education and was twice selected New York University “Music Teacher of the Year.” 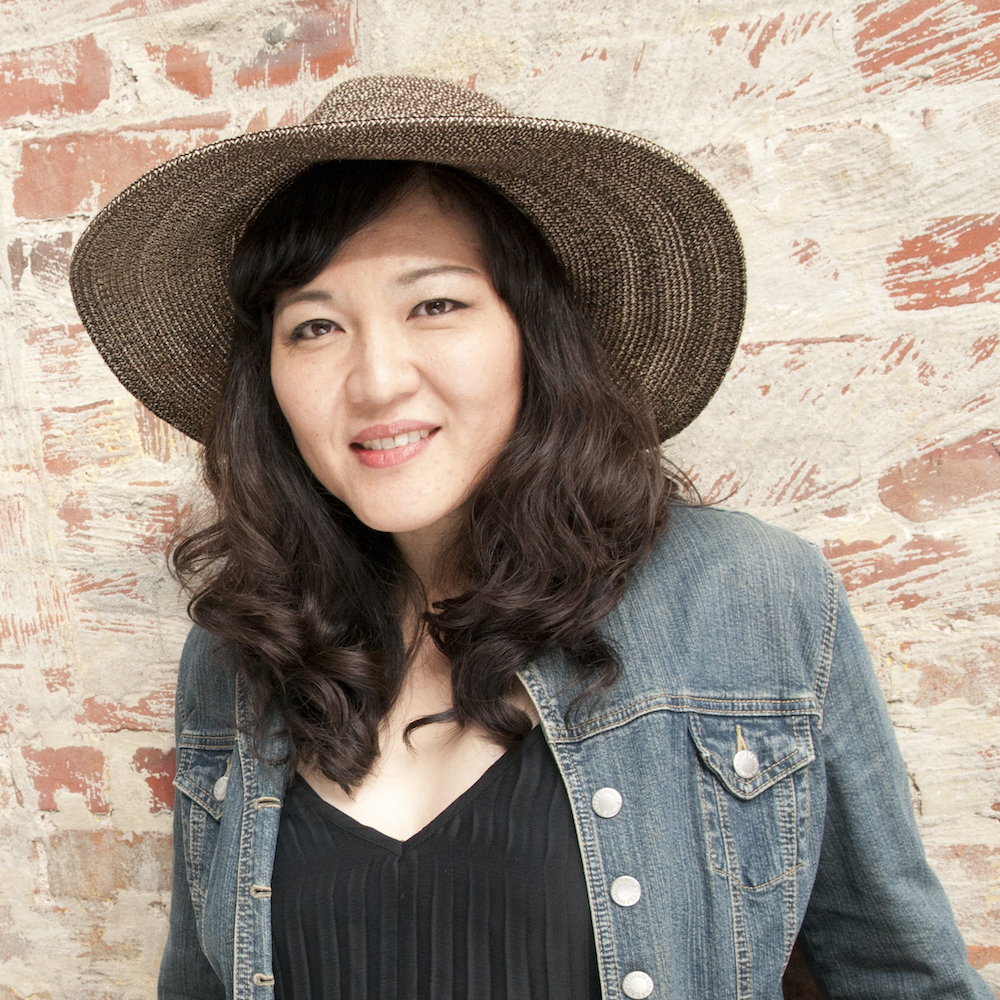 Noriko Ueda is originally from Hyogo, Japan. Her interest in music began early in her life, studying classical piano at the age of 4. At 16, she began playing the electric bass. At age 18, she began her career with the upright bass. Noriko was the B.E.S.T. scholarship recipient for the Berklee College of Music in Boston where she majored in Jazz Composition, graduating in 1997. She then relocated to NY.

“She totally rocked the band with her huge, rich, and clear swinging sound." - Rufus Reid 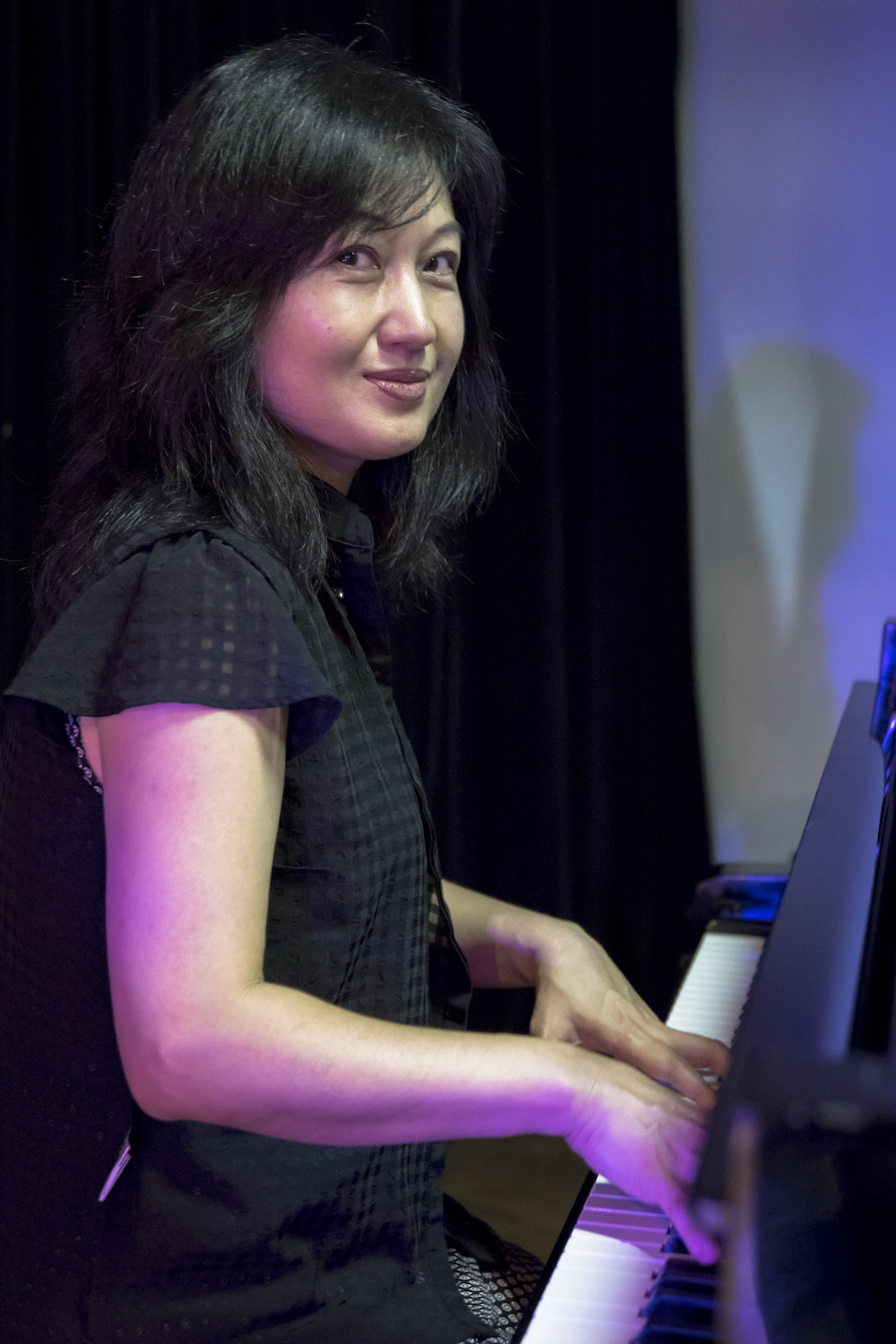 Tomoko Ohno has performed at Lincoln Center, Weill Recital, Carnegie Hall, The Blue Note, Birdland, in addition to appearing on live radio broadcasts by WBGO and WNYC, and ABC TV's Good Morning America. She has performed and/or recorded with Slide Hampton, Claudio Roditi, James Spaulding, Rufus Reid, The John Lee Quartet, The Dizzy Gillespie Alumni Big Band and Sherry Maricle and the Diva Jazz Orchestra, as well as working as a side musician with such diverse musical ensembles as the Harlem Spiritual Ensemble and The Spirit of Life Ensemble.

Miss Ohno also leads her own group, and has released three CDs on the Japan-based Tokuma label. In 1997 her first album, ìPowder Blueî was released, and in 1999 her second album, ìAffirmationî was released, followed in 2000 by the album "Natural Woman." Her album "Shadows of Spring" (recorded in Argentina) was released by MDR Records in 2005. "Tomoko Ohno in Buenos Aires" was also released by MDR Records in 2007. The duet album with legendary Argentine guitarist Ricardo Lew " From Tokio to Buenos Aires " was released in 2011 spring. The duo added the cellist Nestor Tedesco from Teatro Colon and released Tango/Jazz album " Tres Sabores " in 2016. Miss Ohno and bassist Jay Leonhart released their duo album " Don't You Wish !" in 2018 and planning a California tour in 2018 summer. She also performed for Brazilian drummer Samuel Martinelle's debut album " Crossing Paths" with Claudio Roditi and Marcus McLaurine and it is scheduled to be released in spring 2018.

Miss Ohno is also active as a composer, and has been the recipient of a grant from The Meet The Composer Foundation. Commissioned works include pieces written for the Englewinds Chamber Ensemble. 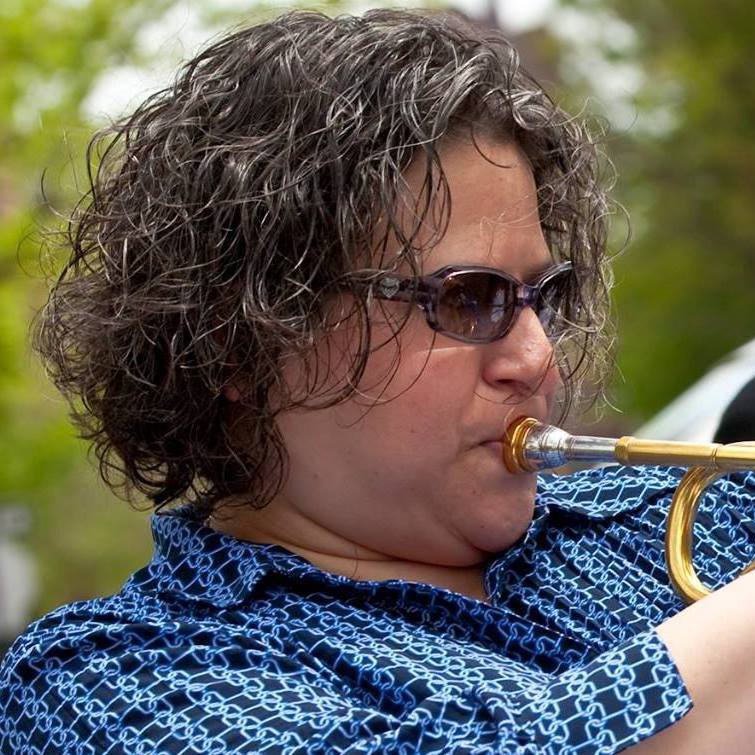 For over 23 years, trumpeter Jami Dauber has been residing in New York City, performing a wide variety of music, from Broadway and jazz, to salsa and classical. Jami is a widely acclaimed performer, educator, and recording artist. Jami has performed on multiple Broadway shows and is currently the lead trumpet in the orchestra for A Bronx Tale the Musical. She was also a member of the orchestra for the Broadway production of Honeymoon in Vegas, as well as Anything Goes and the Off-Broadway production of Maurice Hines’ Tappin’ Thru Life.

She has been a member of The DIVA Jazz Orchestra and its core quintet FIVE PLAY for over 22 years and has been a long-time band member of The Ellington Legacy, led by Duke’s grandson, Edward Ellington. Jami has performed with the Wycliffe Gordon Big Band, the Christian McBride Big Band, Jason Robert Brown, and many others.

She has an extensive discography, including recordings on Telarc, Ghostlight Records, Universal Music Enterprises, Rock-It Science, Arbors Records, ArtistShare, and can be heard on the original cast recordings of A Bronx Tale the Musical and Honeymoon in Vegas. Jami holds degrees from the University of Florida and the University of North Texas. Clarinetist and saxophonist Janelle Reichman has performed as a featured soloist all over the world with renowned ensembles such as Doc Severinsen and his Tonight Show Band, The Jazz at Lincoln Center Orchestra with Wynton Marsalis, The DIVA Jazz Orchestra, and many more.

“Demonstrating a complete command of the sound and keys of her tenor … seems to defy logic and possibility in her speed, dexterity, and musicianship.” – Jazz Improv Magazine

Originally from Ann Arbor, MI, Janelle attended the Manhattan School of Music on full scholarship, quickly after which she embarked upon an exciting and diverse musical career in New York City, where she remained for a decade. Her musical work in NYC ran the gamut from the New Orleans sounds of The Redhook Ramblers to the soulful grooves of the R&B band ON THE SUN to the Broadway jazz musical After Midnight - and everything in between. Janelle's debut solo album, Middleground, has received rave reviews.

In 2016, Janelle was a featured clarinetist at Jazz at Lincoln Center for Moonglow: The Magic of Benny Goodman, and in early 2018 she was welcomed back to Lincoln Center to perform as a guest clarinet soloist with the Jazz at Lincoln Center Orchestra with Wynton Marsalis for the show Benny Goodman: The King of Swing, alongside respected clarinetists Anat Cohen and Ken Peplowski. Now happily back in her hometown in Michigan since 2016, Janelle can be heard around SE Michigan performing with groups such as accomplished pianist James Dapogny’s Easy Street Jazz Band, the high-energy klezmer band Klezmephonic, and her own jazz quintet Janelle Reichman +4 for which she regularly composes new music and with which she frequently performs around Ann Arbor to sold-out audiences. When she’s not playing her clarinet or saxophone, Janelle is most likely designing and building websites for other musicians in the Midwest and NYC as part of her business Ellanyze. Learn more at janellereichman.com.

"What these women bring to the table is a finely tuned sense of democracy, style, purpose, and full intent to swing. Their equality and balance is in evidence right off the bat.”

Michael Nastos, All About Jazz

“To sum up, Five Play is a unit of brilliance; neatness personified – it swings, it entertains, it sounds happy and is surely as relaxed as a dreamless sleep…a pleasure of perfect unisons, dynamic tuttis, stirring up a sense of excitement which never pales for one instant.”